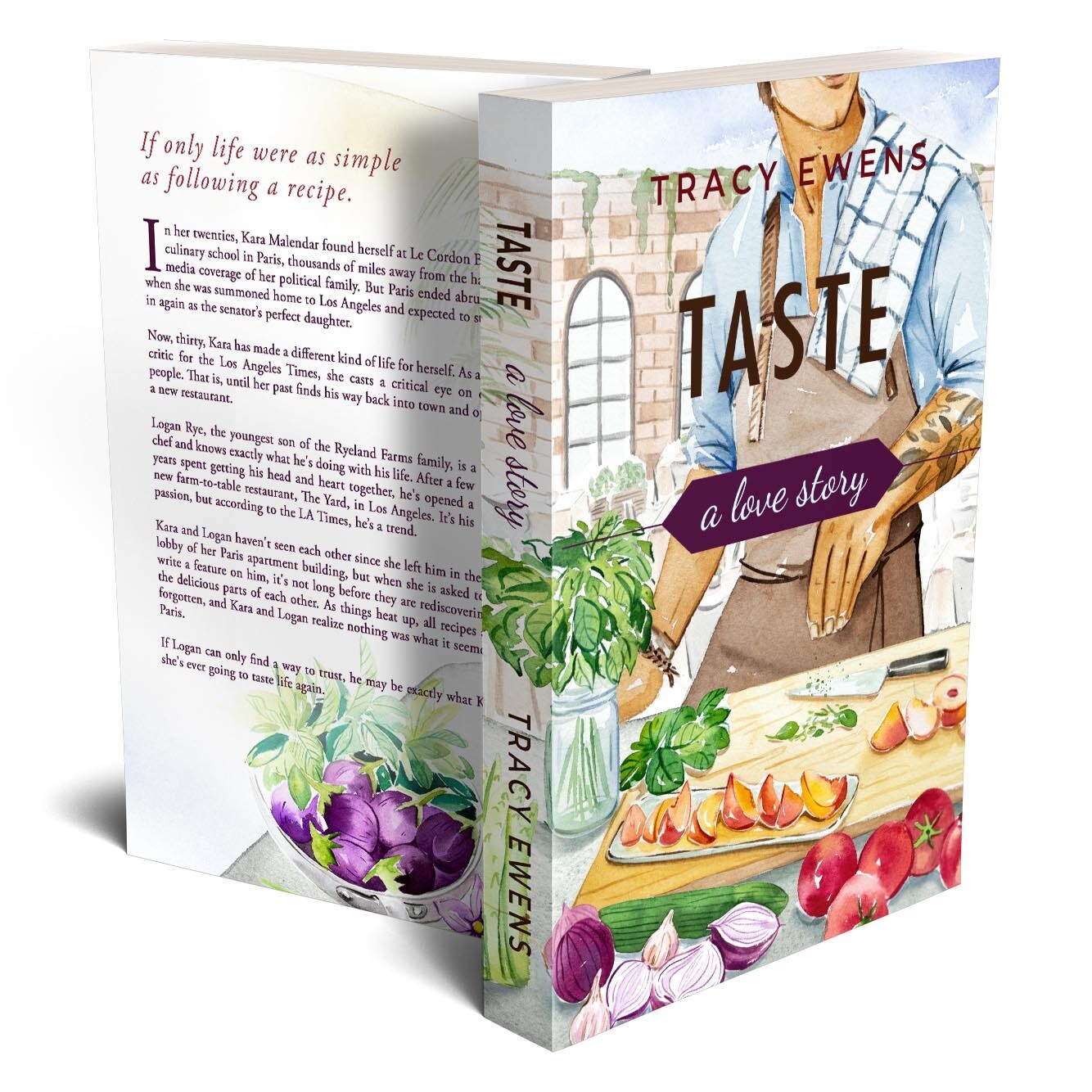 If only life were as simple as following a recipe.

In her twenties, Kara Malendar found herself at Le Cordon Bleu culinary school in Paris, thousands of miles away from the harsh media coverage of her political family. But Paris ended abruptly when she was summoned home to Los Angeles and expected to stand in again as the senator’s perfect daughter.

Now, thirty, Kara has made a different kind of life for herself. As a food critic for the Los Angeles Times, she casts a critical eye on other people. That is, until her past finds his way back into town and opens a new restaurant.

Logan Rye, the youngest son of the Ryeland Farms family, is a chef and knows exactly what he’s doing with his life. After a few years spent getting his head and heart together, he’s opened a new farm-to-table restaurant, The Yard, in Los Angeles. It’s his passion, but according to the LA Times, he’s a trend.

Kara and Logan haven’t seen each other since she left him in the lobby of her Paris apartment building, but when she is asked to write a feature on him, it’s not long before they are rediscovering the delicious parts of each other. As things heat up, all recipes are forgotten, and Kara and Logan realize nothing was what it seemed in Paris.

If Logan can only find a way to trust, he may be exactly what Kara needs . . . if she’s ever going to taste life again.

Save this product for later
Display prices in: USD